Released in 2015, the Tower Quest slot has a fantasy-themed, 5-reels and 20-paylines features that boast of precise and striking animations, a dramatic soundtrack coupled with theatrical interims when hitting wins and an animated frame with two stone dragons perched at the top of the reels, making it one of the most popular video slots to date.

You’ll find yourself in the company of a green goblin, blue skeleton, fiery dragons, male and female warriors and the letters J, Q, K, and A.

The tower (Wild symbol) appears stacked on the reels which can occupy all positions. The blue/red flasks and evil wizard act as the scatter which activate these special features:

Wizard Card Game – The evil wizard is seen on reels 1, 3 and 5. Landing him in one spin activates this mini-game. You’ll select a set of cards to use which will then be compared to the wizard’s. The rewards you’ll win are based on how the cards compare to one another vertically.

The side of the reels are filled by landing a blue and red flask during the main game. Free spins are given for accumulating a certain amount. The rewards are based on how much you’ve collected: 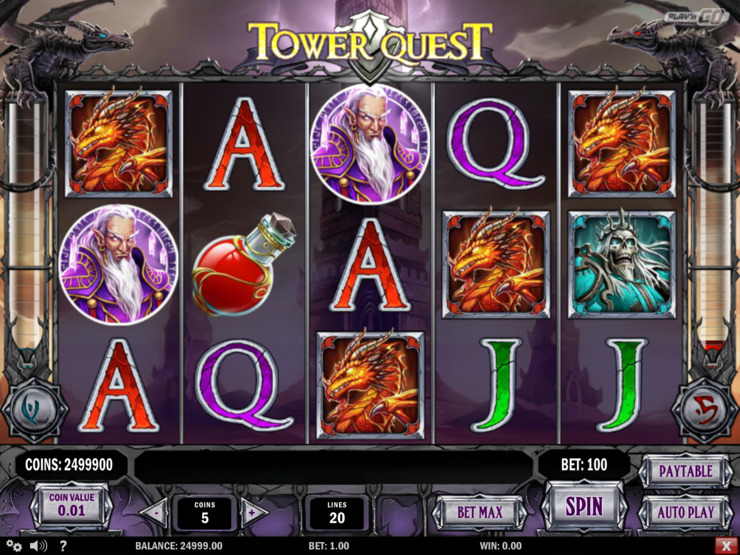