There’s no question that in Victorian Villain, a Microgaming developed five-reel software, the killer is based off real-life Victorian scourge Jack the Ripper. It’s a race against time before the killer in the reels completes his dastardly deed.

The theme of the slot captures a representation of Victorian London as the detective stalks the killer. Like a regular Sherlock, you must put together all the clues pointing toward who the real mastermind is. This starts by focusing on the symbols that appear on the reels.

There are around ten symbols in total for Victorian Villain and some of these are the regular classic suit of cards. There are also the players in this gruesome play on the online slot:

Lining five of these symbols will reveal what they really are doing in that alley, plus their prizes. These symbols can win you up to a multiplier of 1,500.

As for the Wild and the Scatter, the game’s logo is the Wild card. It acts like a normal wild would, appearing on reels two, three, and four and replacing other symbols except for the Scatter. There are two Scatter symbols in the game, the first of which is a skull that triggers the free spin. The second triggers a search for clues, where you pick the prizes and hopefully guess the true identity of the killer.

Solving a murder while killing on the reels? There’s nothing quite like a big win with Victorian Villain. 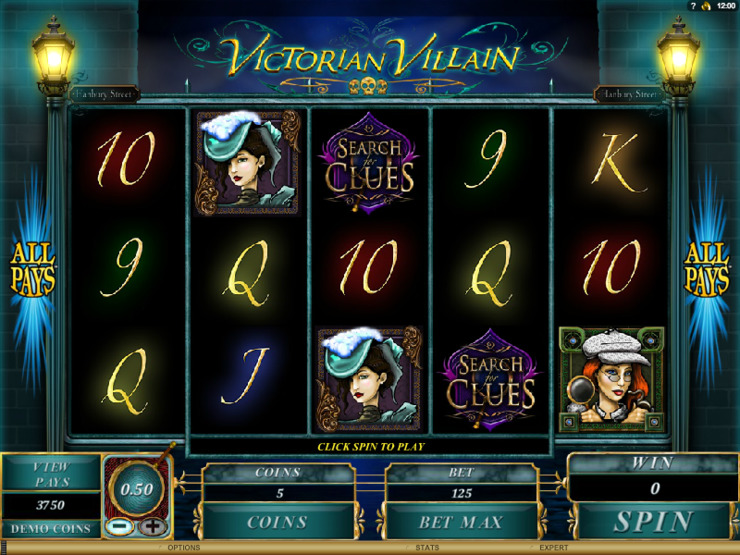