A lot of controversy surrounds the death of one of the Romanovs of Russia, Anastasia. There have been rumors that she lived to become an adult—there have been claimants. In the slots, however, you can try to solve what happened to one of the members of the last royalty of Russia.

With a feature film also imagining what might have happened to the princess, the reel features a likeness more in line with that of the 90s animated film. The design of the reel brings you back to classical Russia—at a time when the Romanovs were under the grip of Grigori Rasputin as well.

The symbols for this slot include a Russian Crown and Rasputin himself. Tsar Nicholas II, one of the last royalties of Russia, makes an appearance in this slot, as well as the princess Anastasia herself. Anastasia is easily one of the better symbols on the reels, as she is worth 1,500x your initial bet.

Don’t miss out on the Wild card and the Scatter as well, which are:

One of the last remaining mysteries in history, Anastasia lives on through this slot. Winning an Empress’ reward for finding her last remaining granddaughter is a sure thing in this online slot. 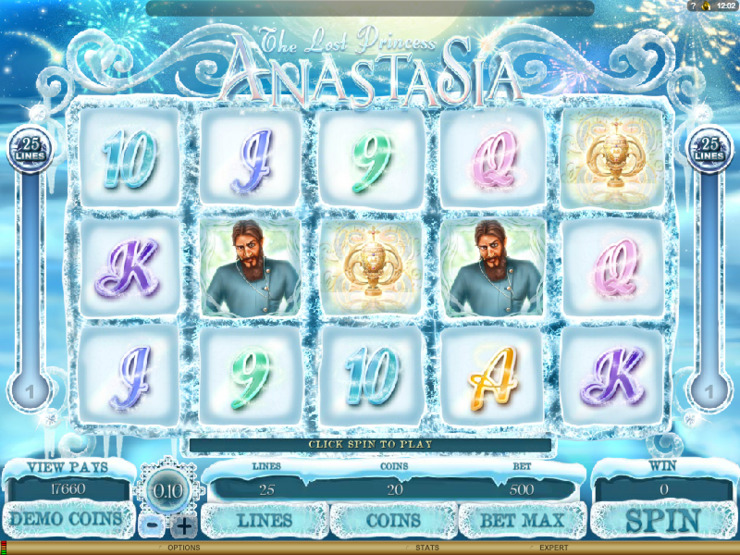