The boys are back! Following the popular South Park video slot, South Park: Reel Chaos slot returns to entertain and offer promising prizes, this time as superheroes to save us from the bad guys. Released in 2014 by NetEnt, this South Park-themed slot comes with 5-reels, 20-paylines, excellent graphics, wonderful animations, entertaining soundtrack and more interesting features!

Join the gang as they fight by setting your bet from a coin value of 0.01 to 0.5. The symbols as expected take after the cartoon series. You’ll find Cartman, Kenny, Stan, Kyle and the usual 10 to Ace.

The Wild symbol is a light bulb which replaces all regular signs and can appear on all the reels, while the Scatter is Mintberry Crunch which emerges on reels 1, 3 and 5.

The slot consists of 4 mini-features:

These features are arbitrarily activated anytime during the game.

Meanwhile, landing the scatter sign on reels 1, 3 and 5 activates the Mintberry Crunch Epic Bonus/Free Spins feature. You’ll have to fight bosses to boost your win multipliers. Win and decrease you enemy’s health. Fail and your health level drops.

What are you waiting for? Play South Park: Reel Chaos slot now and try your luck! 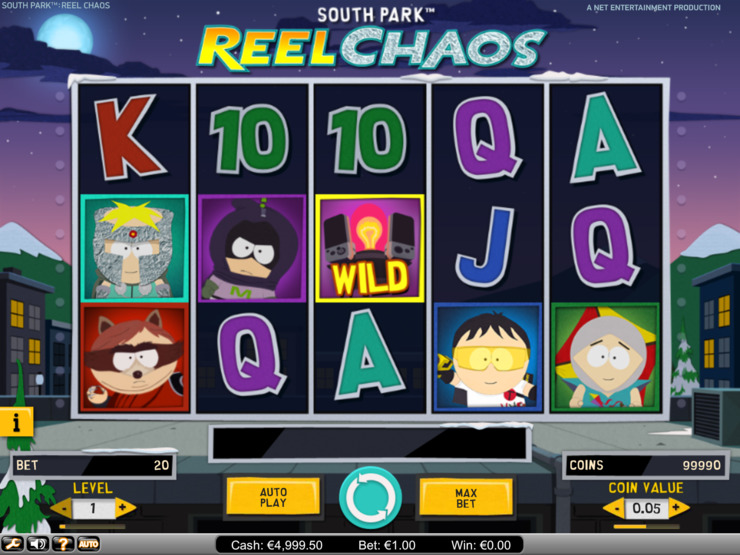