The Pacific Attack video slot will take you back during World War II. Created by NetEnt in 2007, it’s one of the oldest slot machines that’s still effective. It’s a war-themed slot loaded with classic, detailed graphics and exhilarating music that makes the experience legit.

Symbols used in the game include – a bomb, Star of courage, Victoria Cross, service medal, war medal, contact mine, parachute, officer’s cap, pilot, picture of a woman and an airplane.

The wild symbol is characterized by the pilot. The scatter icon here is the woman in the picture which activates free spins once 3 scatters appear on five reels. Rewards are tripled during this stage and you’ll be given a chance to trigger the Battleship Bonus feature plus gain more free spins and prizes.

The Battleship Bonus feature is inspired by the Battleships game. Your goal is to pick targets on a 10x10 grid to raid your enemy’s battleships. Every hit is equivalent to coins.

Get ready to battle and win awesome rewards with the Pacific Attack slot. This is compatible with Mac, Linux and Windows operating systems. It needs no download making it convenient for you to access it anytime, anywhere! 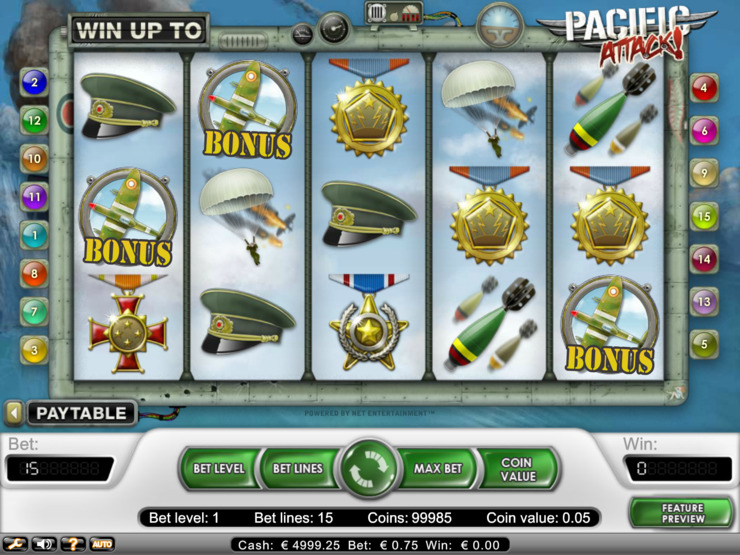