Created by NetEnt, the Silent Run slot takes you back to World War II. Set in a submarine wherein you have to avoid invasion, this 5-reel, 25-payline non-progressive video slot features revolutionary graphics, pulsating sound effects, smooth gameplay and easy to trigger features which make this a fan favorite.

Obviously, it has a World War II theme and the symbols in this game magnify that. You’ve got a battleship, mines, torpedoes, depth charges, submarine, playing cards 10 to Ace, red lamp and a green and red sonar.

Start your game by setting your wager, which you can choose from 0.01 to 0.5. There are two bonus features in the Silent Run online slot.

First, is the Echo Wild represented by the red lamp symbol. Landing it on reel 3 activates three sonar signals revealing a random number of other wilds which hopefully creates winning combinations.

Second, is the Echo Bonus. Landing it on reel 3 activates the Silent Run bonus feature. Three sonar signals will be freed to locate torpedoes (there are 2-5) which will then take you to the next point wherein you need to hit ships (with varying values) using your torpedoes. Each torpedo has a corresponding multiplier.

Playing the Silent Run slot makes for a thrilling experience, and with features that can be activated often, there’s no doubt your exploration will be more than satisfying. 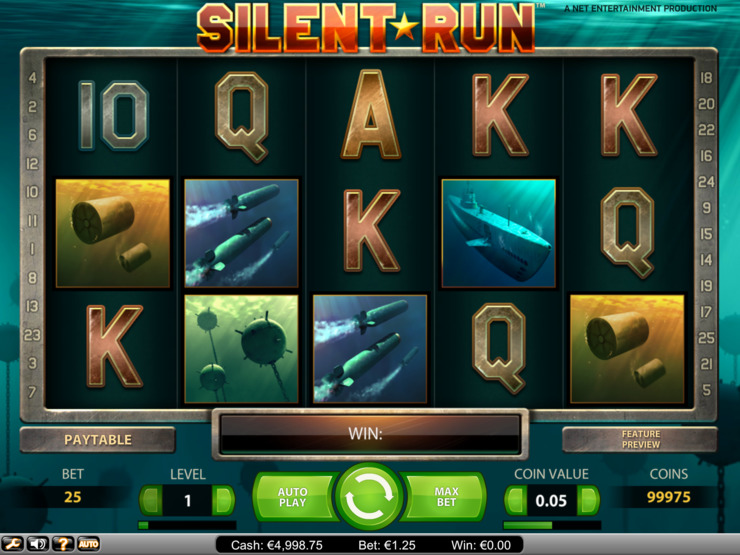