Launched in 2016, the Jimi Hendrix slot from NetEnt is inspired by the most influential rock legends of all time – Jimi Hendrix. With 5-reels and 20-paylines, players can benefit from its simple yet pretty graphics, crisp animation, and a soundtrack playing his biggest hits while trying to win big.

This music-themed video slot has a coin value ranging from 0.01 to 1, a 96.9% RTP and an Autoplay option which automatically turns the reels sans disruptions for a number of times. Symbols in this game include a heart, flower, peace sign, vinyl record, an eye, electric guitar, 10 to Ace, and Jimi Hendrix himself.

The Wild symbol is a purple portrait of Jimi Hendrix.

There are six special features in this slot: 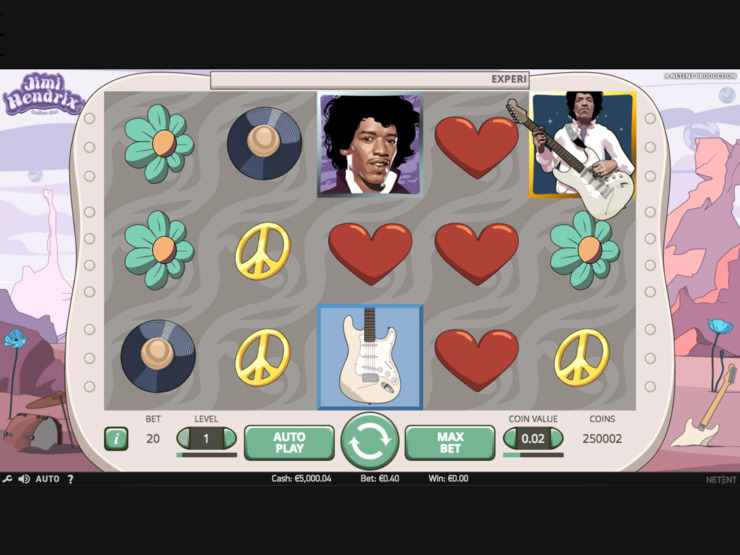