“Let’s get ready to rumble!” NetEnt’s Fisticuffs video slot will get you ready to fight your way to victory. Launched in 2013, this slot features 5-reels, 10-paylines, fun animations, exquisite graphics, a quirky soundtrack and an easy interface which make a huge impact on the online slots field.

As the name suggests, Fisticuffs slot has a boxing theme set during the 20th century. A range of boxing-associated symbols can be seen such as a bell, championship belt, red boxing gloves, metal spit bucket and towel, boxer’s shoe and wooden stool.

There are 2 Wild features (Boxing Feature) in this game, each represented by a symbol:

During the boxing feature re-spin, there are stacked wilds on reels 1 and 5 which can earn you additional winning combinations. Each time you land a winning payline, you’ll hear the crowd cheering for you.

Fisticuffs slot is one playable game guaranteed to appeal to all players. Although it doesn’t have a bonus feature unlike most slots, its 96.7% RTP and compatibility with laptops, desktops, tabs and mobile devices make it a winner. 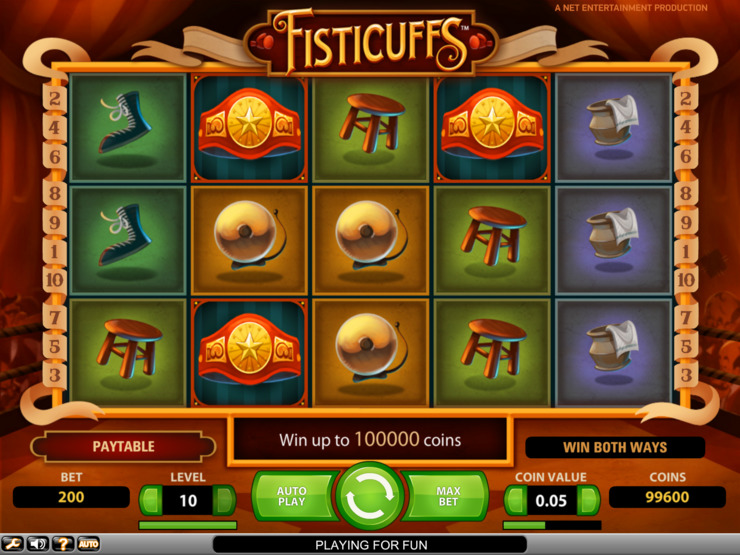