With arresting 3D graphics, captivating animation and beautiful audio effects, Elements: The Awakening, popularly known as Elements is one of NetEnt’s compelling creations that will ignite your senses. This futuristic space-themed slot released in 2012 has four super powers – earth, air, fire and water to guide you on a quest to unlocking gold coins!

It has 20 betting lines and a coin size ranging from 0.01 to 0.5. Instead of spinning, symbols fall into place through an Avalanche feature. Aside from that, the Elements slot is packed with several bonus features to increase your winning potential.

Symbols found in the game are a green rock, blue orb, blazing rock and a dark blue orb all illustrated in radiant jewel shades. These represent the four elements aforementioned.

For every winning combination, symbols blast and vanish which are then replaced by other icons, giving the player a chance for larger winnings.

Four combinations from four avalanches activate the Free Fall Bonus mode. The game has 4 Free Fall modes each represented with a corresponding Wild symbol and rewards:

The Elements slot is the perfect mix of charm and creativity. No wonder people are hooked! It’s also available in a mobile-friendly version so you can chase your luck 24/7. May the force be with you! 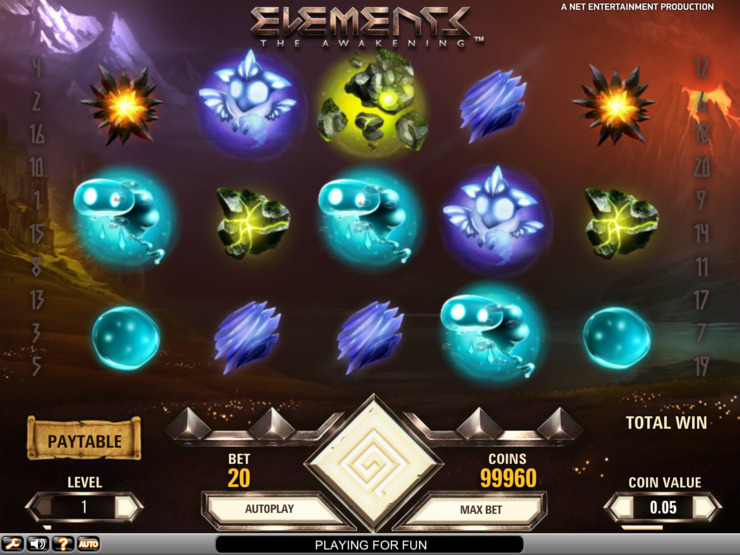