It’s time for some greased lightning! That’s what you’re going to think of when you play Vinyl Countdown, Microgaming’s 50’s inspired, nine pay line, five reel video slot. Some symbols in this slot will make you remember about the movie Grease.

With greased pompadours and a girl that looks very much like Sandra Dee on the reels, you’re not going to get mistaken about the era of this video slot. There are desserts coming from a diner very much from that era, with suede shoes also making an appearance.

Each of the symbols award anywhere from 250x to a whopping 1,000 times your initial bet. The best symbol to spin on the reels so far is the Vinyl symbol at an aforementioned 1,000x. 250x symbols are anywhere from the heart icon to the human symbols.

As for the Scatter and the Wild card, they are as follows:

Even with a Scatter symbol, the game doesn’t feature a Free Spin round. However, with a wealth of prizes and with a low-yield pay out of 250 times your initial bet, who would even need bonus features while playing this online video slot? 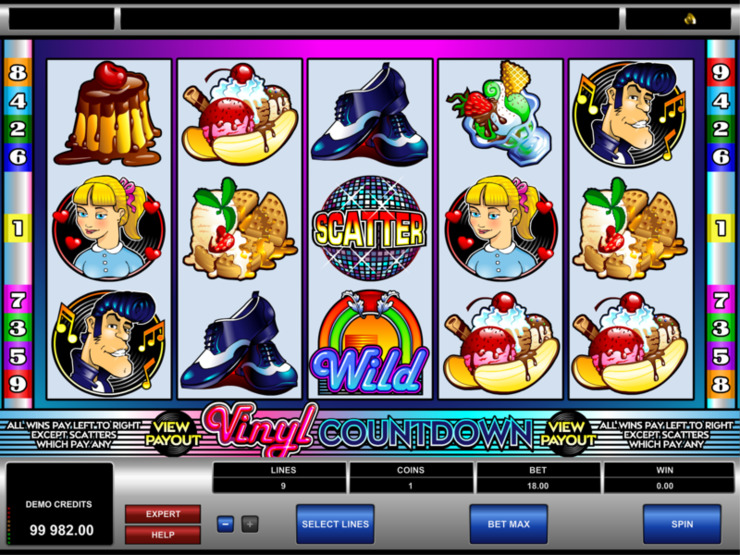