The title of Cracker Jack, Microgaming’s classic, single pay line, three-reel slot, is rather misleading—you might be reminded of a famous American baseball-themed song called "Take Me Out To The Ball Game", or a popular food - the Cracker Jack snack.

It is, however, no homage toward that song. Cracker Jack is a classic slot game that features a design of the same level, if you’ll consider that it only possesses a single pay line. The Cracker Jack logo is the first thing you’re going to see on the reels.

As for how much these symbols pay out, here they are:

As mentioned earlier, the Cracker Jack symbol is your Wild logo. If you manage to land two of them and a different symbol on your pay line, your reward is quadrupled. A single Cracker Jack logo is worth two times the winning combination on the reel.

Cracker Jack is a simple and fun slot designed for the hardcore players with only one goal—to win a fire cracker of a prize! 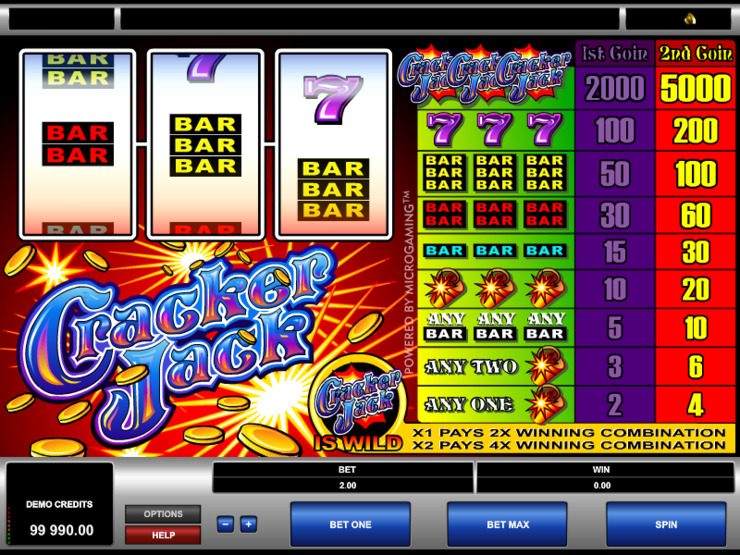