Victorious is a video slot powered by NetEnt software platform, with an ancient Roman Empire history theme. The online slot machine will bring you back in time with images and sounds referring to to the conquests of a Roman army. This game launched in 2011 offers 243 ways to win a bet! That’s a manifold chance to take home a huge payout.

The idea of the game is to have matching symbols anywhere on adjacent reels from left to right. You can use a Wild card – a golden eagle, as substitute to other symbols. Get golden wreath symbols to activate Free Spins, 3 = 15 free spins, 4 = 20 free spins, and 5 = 25 free spins. The screen will automatically change to a gladiator battle during this mode and all winning bets will have 3x multiplier.

The low playing symbols are described in Roman figures of 9, 10, J, Q, K and A. While the high-value symbols are characterized by Roman men such as the emperor, centurion, warrior, and a marching army.

The animation and graphics is straight forward and classic as it has the look of a comic book which is user-friendly on the eyes. That real game changer here is the complex and sophisticated background soundtrack of the game. The metal sounds and yells are energizing for its players. So it’s no question that people are hooked! 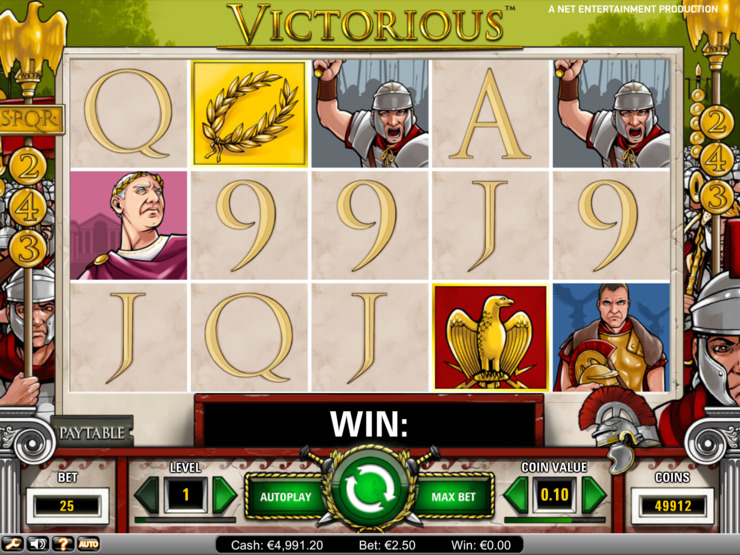