Another creative production from Net Entertainment brings us to the supernatural world of Norsemen and Vikings. Push your luck and bet on famous legendary characters featured in an online video slot machine called Trolls.

Trolls is online slot with five reels and a possible of 20 lines for the active combination. The symbols with low values are in figures of 10, A, J, K and Q. And there are six charming trolls to represent high-value wins. There is also a Wild symbol which can be substituted with other symbols except for Scatter while doubling your win. Scatter symbol pays the best with multipliers. Have more than three Scatter symbols and you will be awarded with free spins with 3x multiplier. Wait, there’s more! When the Golden Wild appears on the middle reel, you can also use it for substitution but you will have 4x multiplier. Note that only the highest win per line will be paid.

It’s very fun to play Trolls. Although it does not have overwhelming effects, its platform design and characters are good enough for players to be hooked. The enticing forest background sound is also a plus. The only missing feature is Autoplay.

Trolls might be weird looking but the smiles on their faces are evident which will likewise make you grin while playing. And most importantly, you can win as much as 120,000 coins! 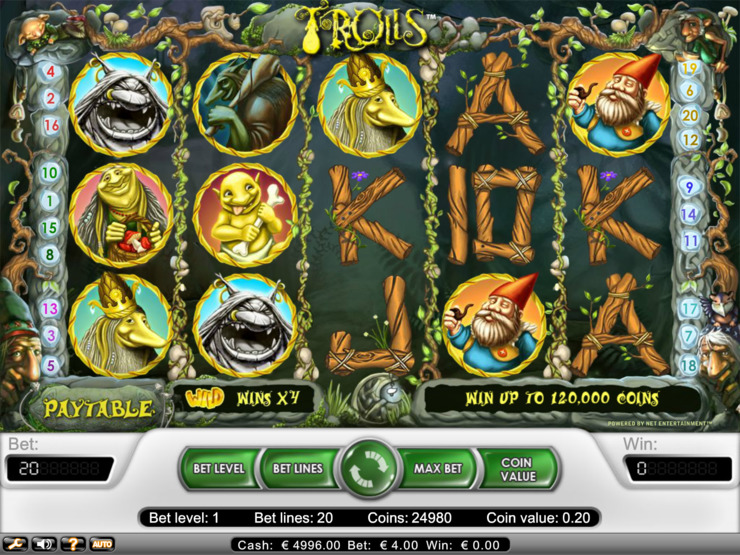