So Many Monsters Online Slot

Like its namesake, So Many Monsters video slot has a lot of monsters that, when lined up, gives players more coins to spend. And when you match any of the monsters to the So Many Monster icon, you’ll be rewarded too. The game’s symbol is the wild icon, which can substitute for any symbol of the game, except for the scatter. However, getting three of the same monsters in the winning line is what you probably should do. Players who get to line up 3 identical monsters in a winning line activates a bonus feature where the monster symbols split up to  5 times, which can reward players with up to a 25 symbol winning combination!

Keep an eye on your scatter. The eyeball acts as the game’s scatter, which when you get three, activates the free spin bonus and awards the players up to 16 free spins. In the free spins, the monster bonus can be also be triggered.

The next time a child tells you that there’s a monster under their bed, be sure to take a look because they might be giving out money like the monsters in So Many Monsters video slot. 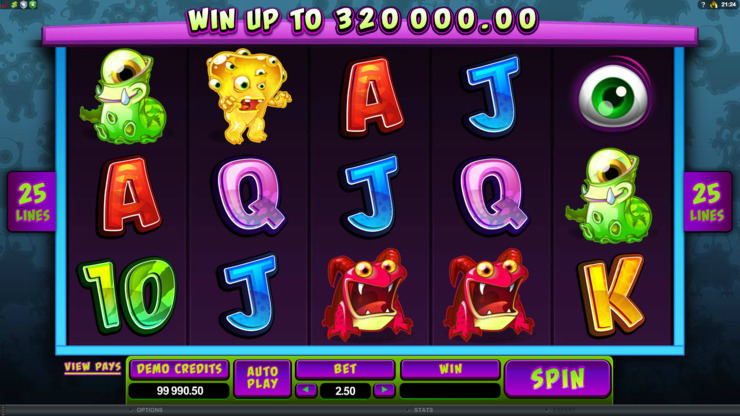