It’s a rather entertaining slot from the early days of Microgaming’s video slot-creating days, and it gives you a glimpse of what online video slots might have looked like those days. Symbols that you’ll be spinning on the reels includes a dagger-pierced Map, a citrus fruit, a buccaneer carrying a chest, ripe bananas and half-open coconuts.

As for the Wild card, Scatter icon, and Bonus symbol—yes, there is a Bonus round—it is the Skull Duggery logo, the Skull, and the Booty bonus, respectively. The Wild logo helps greatly in creating winning combinations by substituting for other symbols, while the Scatter symbol triggers Free Spins.

The bonus round, meanwhile, comes in the form of the Booty Bonus. You assist the captain in choosing five pirates, one of which possesses the Captain’s treasure. Your chosen pirate then walks the plank and, if you’re lucky, you might receive the stolen treasure, or a random bonus amount.

A rather simple slot, Skull Duggery lets you focus in on the important thing—that is, to win the jackpot, or bring home a guaranteed win! 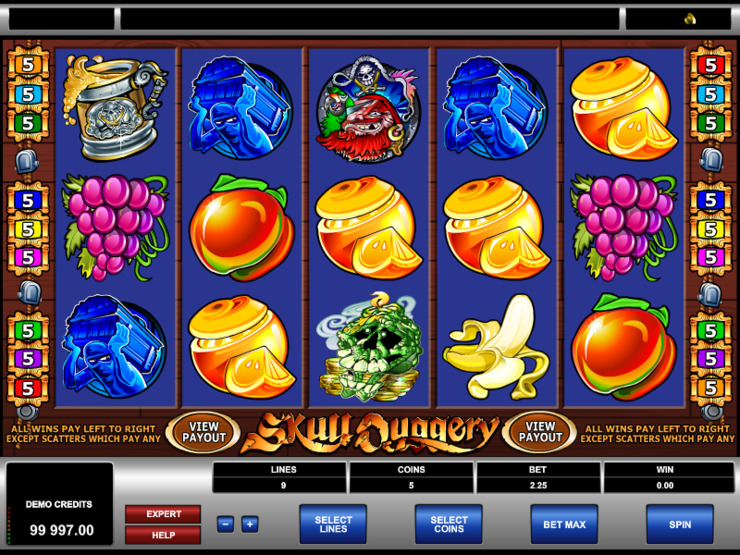