Go back to the days when trading soccer cards were a thing and sit back as you play Shoot!, A video slot machine from Microgaming that takes playera on an all time high nostalgia trip. A 5 reeled 50 pay-line video slot themed after the golden era of football and the magazine of the same name. It delivers wilds, and 2 bonus features.

This video slot features famous soccer players like Cryuff, Pele, Maradona, and Beckenbauer and players need to match them up on active pay-lines to win. There is also a wild symbol that can be used as a substitute for all the symbols on the reels except for the bonus.

The bonus symbol is the game’s meat, and getting three is the goal and activates the bonus feature. Players will first be taken to the first level of the bonus, which is the “trade ‘em” bonus. This feature takes players back to the schoolyard where they trade cards, except this time, players choose 4 out of 12 cards. Out of those cards are hidden coins and the 2 bonus games. The first bonus game the player could get is the magazine bonus feature where players choose magazines to determine which reward they’ll get. If they get 2 red cards, the game ends and they will be taken back to the trade em feature. The next is the free spins, and plays out like most free spins. Before the start, players press a button to determine how many free spins they’ll get and then the game begins. 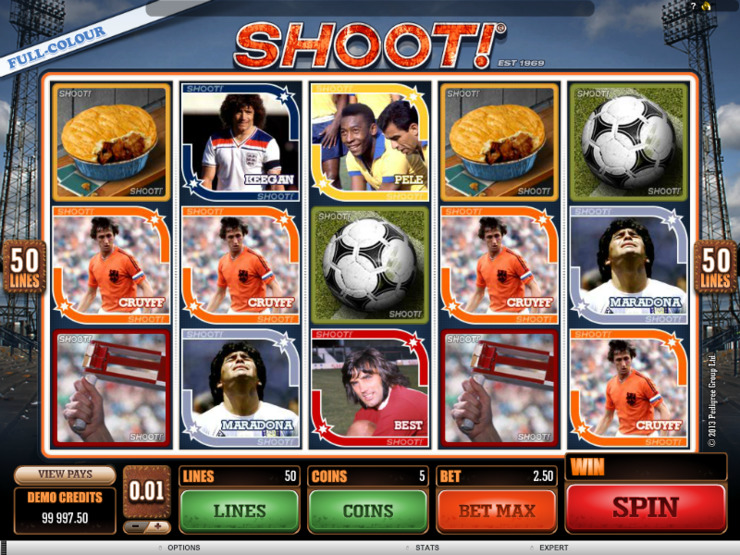