Burn, baby, burn! For fans of the song Disco Inferno, we highly recommend Retro Reels, Microgaming’s 30 payline video slot. Before spinning the reels, know that this version is the third and final version of Retro Reels. It is also among a number of other different retro-themed games.

Nothing beats a classic. Couple that with a soundtrack that’s completely in line with what Retro Reels Extreme Heat is all about and you’ve got a classic vintage. More rock and roll compared with the other reels in Microgaming’s Retro Reels series, the heavy guitar soundtrack is a dead give-away of its identity.

This online video slot makes a departure from the earlier Retro Reels games. As if a progression of all the other games in that series, it has a Wild card and a Scatter when the earlier games in the series have none. The Wild icon pays 10,000 times your initial bet for five on an active pay line aside from replacing any symbol to create a winning line. The Scatter, meanwhile, awards Free Spins for three or more on the reels.

Aside from these symbols, you can go about creating wins by earning five of each icon. You should look out for the Cherry, the Lemon, the Blazing BAR symbols and the smoking 7s. These latter two icons are among the better paying ones.

Classics like Retro Reels Extreme Heat may fool you into thinking it is a simple video slot—it is not. You have to think through and path your way through to the jackpot. 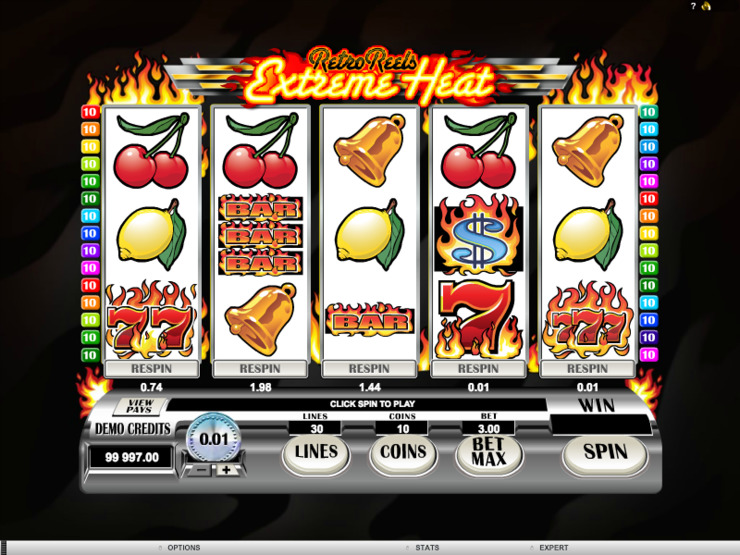