Microgaming goes for glam in Pure Platinum, a 40 pay line, five reel video slot. With a mix of glam and a little bit of modern touch in how the reels are presented, you won’t help but remember a little bit of Flash Gordon and David Bowie as you spin the reels.

Platinum is considered to weigh more than gold or silver, and this reel is full of it. you’ll see it as one of the icons, and you’ll see the glam all over the reels. Platinum is also the game’s Wild card, making no mistake of reminding you the most valuable symbol in the reels.

The other symbols on the reels, however, shouldn’t be left out:

You already know what the Wild card is, so you need to remember the game’s Scatter icon. The Pure Platinum Recording Disc is your Scatter icon. Aside from being one of the more high-paying symbols, it can also reward the player with a times-five multiplier as well as 50 Free Spins.

While it may appear to be a rather cheesy slot, you know that the value of platinum goes far deeper than the surface. Winning a platinum’s worth of prizes is guaranteed with this slot! 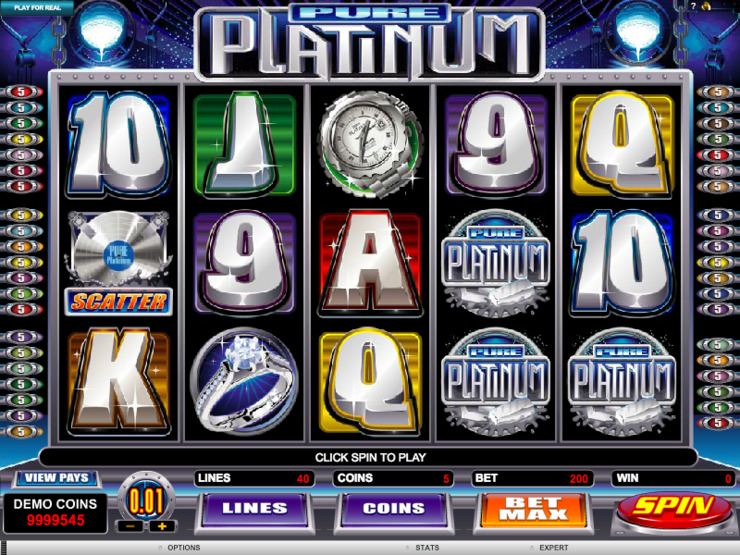