Since its launch in 2013, Microgaming’s Playboy video slot has been an extension for fans of the world-famous men’s magazine of the same name. With 243 ways to win, the sexy 5-reel video slot’s background features a sophisticated two-tone jet-black backdrop and glittery silver text, including the widely known Playboy bunny icon.

The wild symbol is the Playboy icon, which also serves as a multiplier icon. Meanwhile, the Playboy magazines in hues of blue and red serve as the scatter symbol. Whenever three scatter symbols land on the reels, a bonus game called the Playboy Club Bonus will be activated.

Furthermore, there’s also the seductive Jilian Bonus, which can be unlocked after 15 activations and can only be played once. This feature has a Wild Night, a special feature which can be triggered randomly wherein 5 reels are transformed into a wild reel.

What’s even more exciting about the Playboy video slot is the chance it offers to lucky players to win an incredible $6,000 jackpot. With that kind of money, you could hit the town and get a REAL taste of what being a playboy is all about! 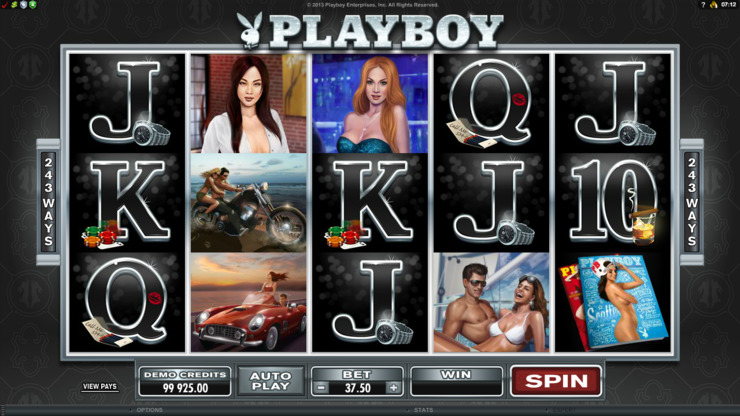