Are you ready to go bananas? Then Microgaming has got you covered in their video slot, Monkey’s Money. Unlike most modern video slots, Monkey’s Money only has 3 reels and 1 pay-line harking back to the age of one-armed bandits.

Monkey’s Money has players lining up 3 symbols on the one single pay-line. The symbols are the following: a bar symbol, 2 bar symbols, 3 bar symbols, an ANY bar symbol, a banana, a red 7, and a wild monkey. The bananas are the wild symbol in the game which can substitute for all the symbols in the game except for the scatter symbol.

Although this game has a scatter symbol, there are in fact, no bonus features or free spins in this game. The Monkey is the game’s scatter, and getting 3 monkeys reward players with either the 1000 or 2000 coin jackpot depending on the coins bet by the player.

Overall Monkey’s Money is an easier video slot due to the fact that there are no bonus features to hinder players who only want a quick game with big payouts. 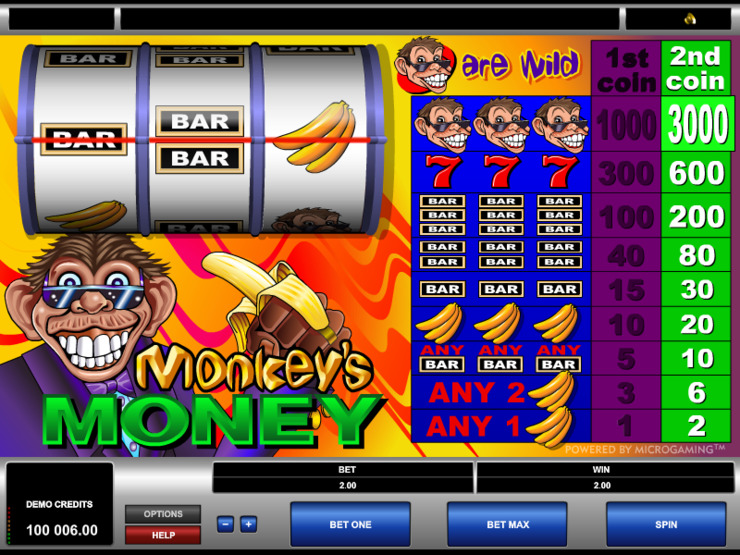