Money Mad Monkey slot is inspired by King Kong, with a goal of collecting money. This slot has an animal theme, classic graphics (similar to traditional video slots), nice animation, upbeat sound effects, and 3 special features which can prove to be rewarding.

With a backdrop of the cityscape at sunset, you’ve got the following symbols – a monkey, zookeeper, banana peel, calculator, a barrel of gold coins, and the standard playing cards 10, J, Q, K, and A.

The banana is the Wild symbol which appears stacked. There are three bonus symbols in this online slot, a cityscape, barrel of coins, and a wad of cash which trigger the three bonus features respectively.

Land 3 wads of cash icons on reel 1, 3 and 5 and you’ll get to choose one of these rewards:

Get 3 or more of cityscape icons to activate this mini-game. What you have to do is climb the slope by rolling a dice while accumulating money as you go. Reach the top for a gigantic reward. Land the word “Stop” on the dice and its game over.

3 or more barrel of coins symbols triggers this round wherein you’ll choose one of the barrels to reveal an instant reward which will be added to your initial wager.

Don’t be fooled by the basic graphics, Money Mad Monkey slot is an intense game that can make you the king/queen of the jungle! 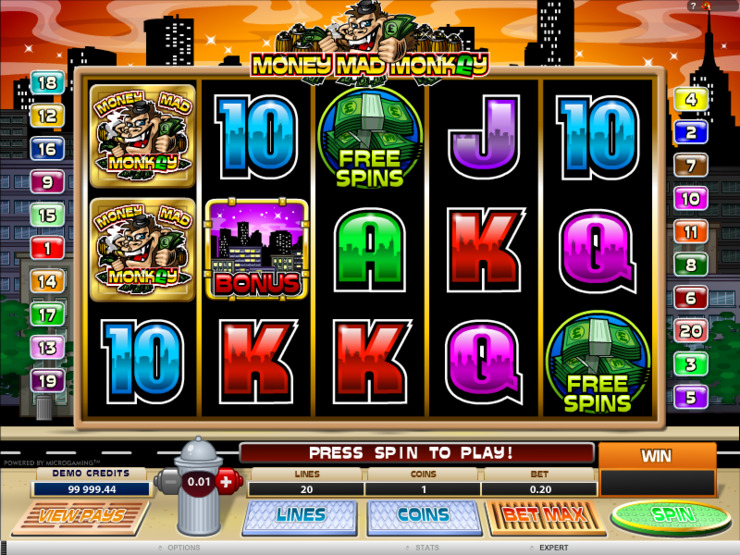