There are two pirate-themed things you can think about when you see Microgaming’s Loose Cannon—one is the video slot Ghost Pirates, the other is the upcoming Pirates of the Caribbean movie. However, the five-reel, 243-pay line video slot sets itself apart with unique properties.

For one, Loose Cannon is not designed to be a serious game—it is rather whimsical, with cartoonish designs that should make your experience a casual one, however hardcore of a player you might be. Cartoon symbols, animations, as well as other bonus features will surely bring down any anxiety on winning.

You do play to win, however, so it’s wise taking note of the following icons:

The game’s Wild is a Wild Cannon with acts as a normal wild—it can expand to cover all the reels, triggering an animation where cannons fire at other reels to make them wilds as well. The Scatter symbol is a compass symbol, quite like Jack Sparrow’s. Three or more of it on the reels activates Free Spins.

Anyone can have a crack at the jackpot in Loose Cannon. With stakes low and prizes high, anyone can make like a pirate and go home with the booty. 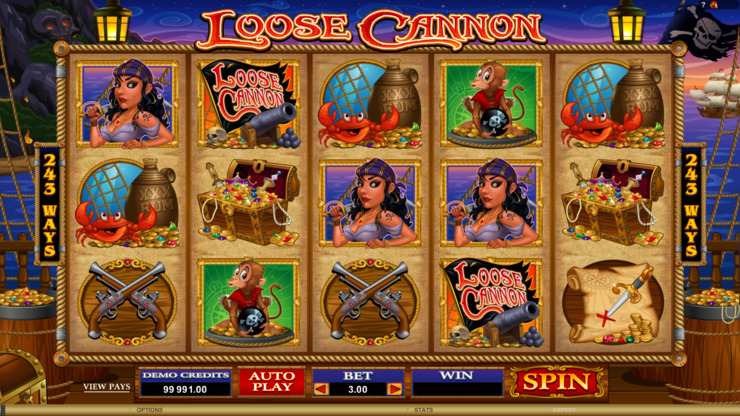