Casual is a word best used to describe Kings of Cash, a 15-pay line, five reel video slot from Microgaming. If you guessed that the game featured kings, you’re on the dot; as to what kind of Kings we’re talking about, though, that you have to find out by spinning.

The Kings of Cash is all about the four Kings you’ll find in any standard deck of playing cards. They share the reels with symbols such as a treasure chest, a coat of arms, and a throne—regalia and part and parcel of what makes a royal treasury.

Being a reel of royal proportions, there is a Wild card and Scatter icon in this video slot:

Some Kings are rather stingy when it comes to prizes, but with Kings of Cash, the royal treasury is emptied to give you the jackpot you’re craving for! 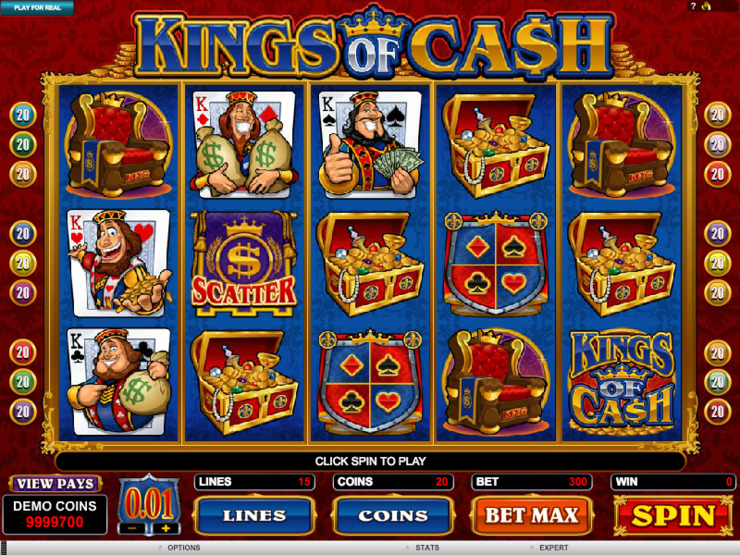