Fans of classical Greek-themed slots will love what Jason and the Golden Fleece has in store for them. The mythical quest of Jason and the Argonauts makes its appearance on the video slot, presented by Microgaming in a five-reel, 25-pay line video slot.

As is expected, the game is filled with Greek-themed items that make it a must-pick for people who are fans of the Greek classics. The symbol you’ll see on the slot comes from the tale of Jason’s quest for the Golden Fleece, an almost impossible quest. Winning a jackpot, however, isn’t so impossible.

Here are the symbols to expect:

The bonus games are the Iolcus Shield game, where players choose from six shields out of 12 to win 15,000 coins; the Mysia Bonus game where you choose symbols hidden by 17 Harpies to win a multiplier or 12,500 coins; The Symplegades Shipwreck bonus and the Crete Wheel bonus which awards 12,500 coins and 20,000 coins, respectively; and the Sirenum Bonus and Colchius Bonus, awarding 37,000 and 19,000 coins.

Jason and the Golden Fleece place you in Jason’s sandals as you traverse the familiar lanes towards the bonus. Glory or doom? Whatever you pick, you’re guaranteed to go home with a win.

Jason and the Golden Fleece 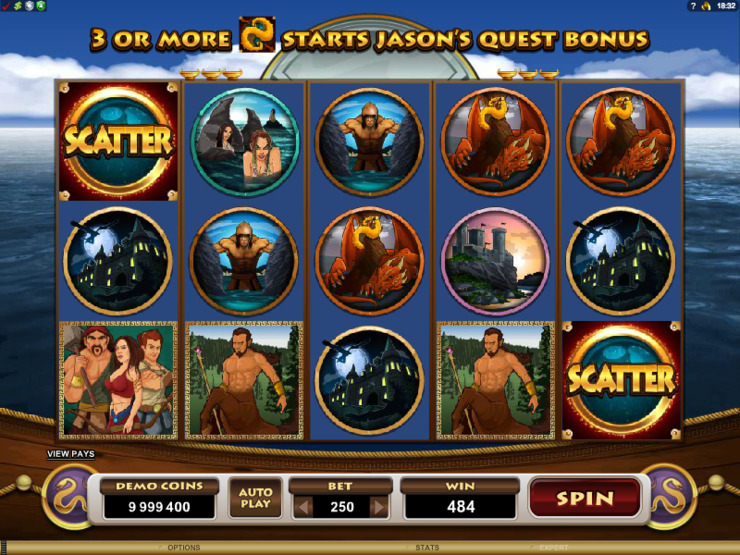