Have you ever played Castlevania or watched Bram Stoker’s Dracula? Those games were perfect in that they possessed both gothic and dark elements. In Microgaming’s Gothic, vampires and dark creatures stalk the land, triggering a healthy trip down memory lane for gothic and casual fans alike.

This video slot has five reels and 243 ways to win, but that’s not all you should be familiar with. Recognizable symbols dot the reels—particularly the card suits. There are also other symbols which have a higher payout:

Players who want to go home with a jackpot will want to remember that the wizard/Dracula has the largest payout among the symbols, awarding 1,000c for five of it. You should also search for the Scatter and the Wild card, which is present in this video slot. The Wild card is a Wild Crystal Ball while the second symbol is a strange Gothic cross filling in for the role of Scatter.

With sounds and sights reminding you of a darker time in fictional history, Gothic will awaken the vampire hunter in you—and will force you to survive until the big jackpot. 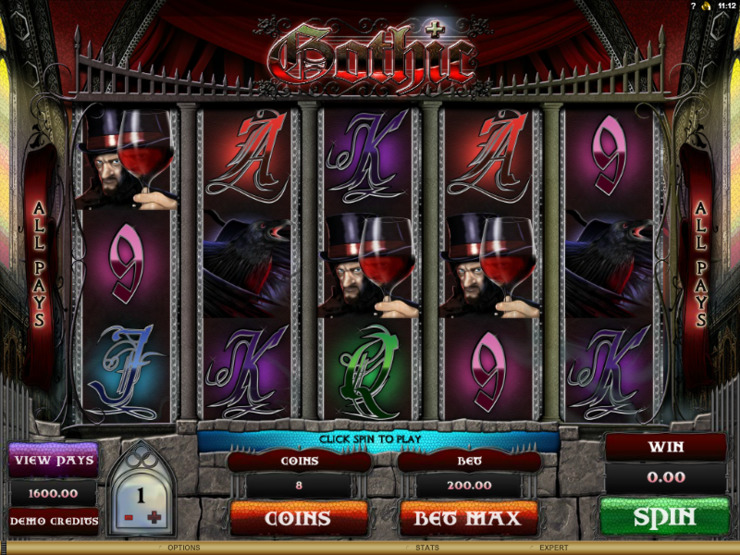