Imagine yourself as an Indian chief with big plans and a lot of problems hindering that. You can try it out in the five-reel online slot Fire Hawk, Microgaming’s answer to letting you get into the shoes of a Red Indian tribe chieftain.

In this video slot, Chief Fire Hawk is on the warpath for the many things he’s been missing at the reservation. Of course, all the warriors that go on him on the hunt—this means you—will not go back to the camp empty-handed. Expect big rewards to come your way.

Begin the game by looking for familiar symbols. The game features your token playing card symbols from Ace to 9 along with the K, J, and Q card suits. The real gem, however, are these symbols:

Your wild card for this online slot is the Chief. When he appears on reels two and four, he can substitute for all the other symbols on the reel as well as multiply your prizes by four or eight. The Scatter, meanwhile, is the Fire Hawk logo. Three logos will give you 10 free games that net four times the prizes. Four logos awards 15 free games while five logos give you 20 free games.

With a superbly done background track and theme, this game is like a reward—same as the rewards you will receive in the form of jackpots for helping the Chief. 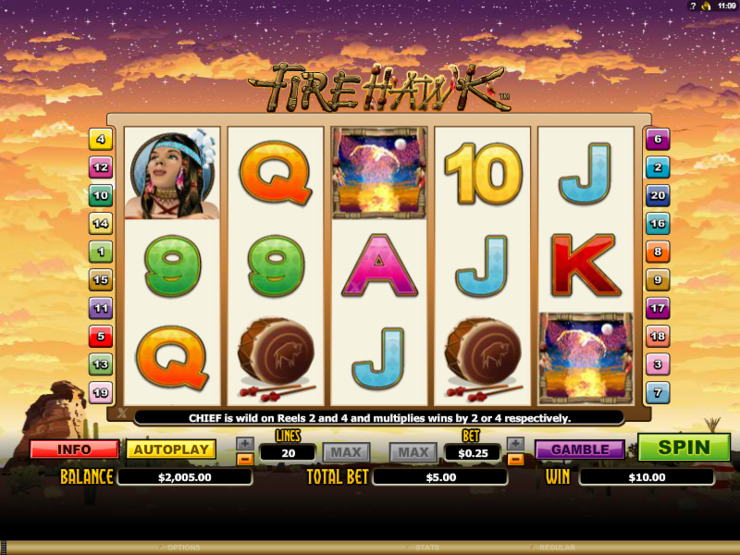