Get ready to rock that afro and those elephant pants because disco fever’s back, and everyone’s dying to dance (literally!) Disco Night Fright is MicroGaming’s 5 reel, 243 payline video slot that combines disco and horror in one funky night filled with dancing monsters and big jackpots.

Sweep the dance floor in this video slot with its unique "all pays" feature. This means that regardless of reel count sequence, players win their combinations. Match this with the disco ball wild symbol, and you’re gold! The disco ball can substitute for every symbol on the lines except for the scatter symbol.

Howl at the moon, and watch the reels roll! The game’s logo acts as the scatter symbol and getting 3 or more awards players with 10 free spins. The free spin bonus is called the Disco Werewolf free spins, and players also have the chance to re-trigger this bonus feature if they get three more game symbols. After the disco free spin, all the dancers will turn into the disco werewolf granting players more coins.

Disco Fright Night is a wonderful blend of camp and entertainment. Its 243 volatile paylines ensure jackpots all night long. 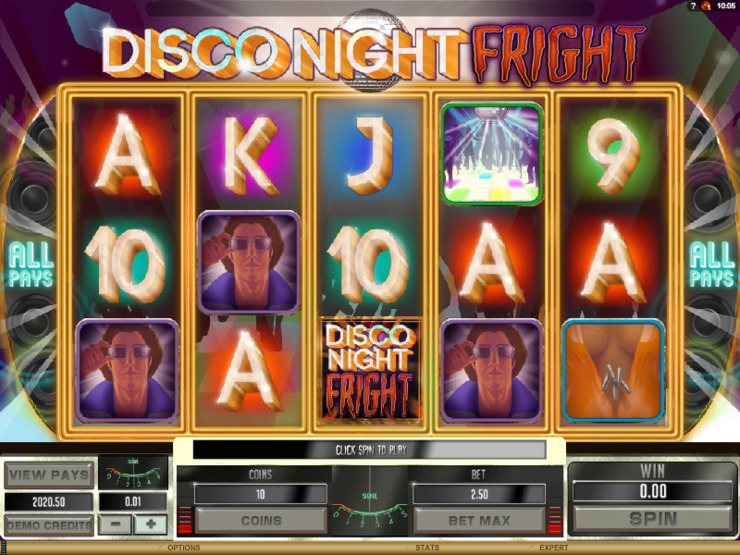