Fasten your seatbelts and get ready to traverse the galaxies in a battlestar in this video slot from Microgaming. Battlestar Galactica is a 5 reel video slot with 243 ways to win. In this video slot, you get to relive the adventures yourself, complete with fully animated reels that come to life when you win, and random Ion storms to mess up your journey.

The viper fighter spaceship is this game’s scatter that triggers 15 free spins with a whopping x3 multiplier when players manage to get 3 of this anywhere on the reels.

Live the adventure by switching between the normal, run, and fight modes randomly. In the normal mode, there will be random Ion storms that appear out of nowhere. This storm turns an entire reel into a wild symbol, or even all of the 5 reels thus giving players a huge chance of winning the jackpot. The game may then switch randomly to the run mode where you create your own way of winning. Lastly, there is the fight mode where your ship will be under attack by random symbols turning into wilds and even splitting into two at any given time.

If you’re a fan of the show, it’s a no-brainer to play this game, but for non-fans, there is enough adventure in this video slot to keep you clicking and battling your way across the galaxy. 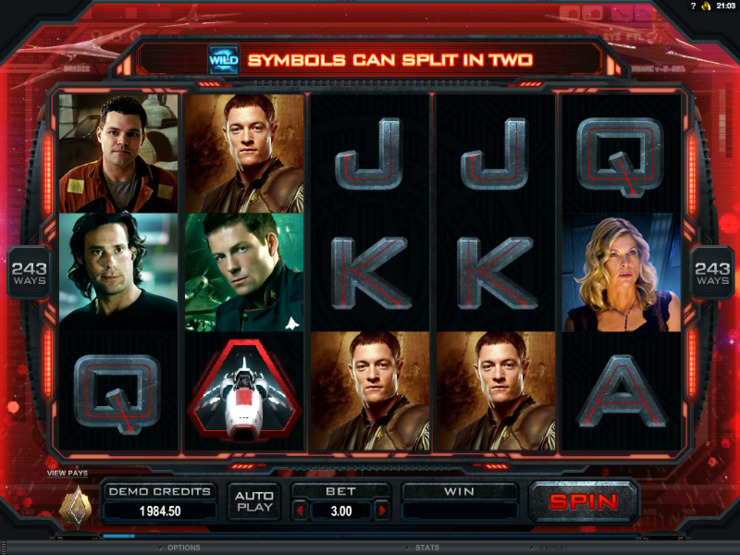